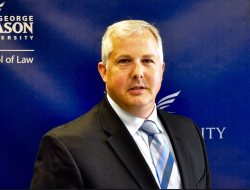 Scott Schenking began his law career after completing a twenty-year career as a Lieutenant Colonel with the United States Army. During his time in service, Scott worked as a Senior Military Analyst and Assistant Army Attaché with the Defense Intelligence Agency and as the Western Balkans Branch Chief in the Joint Staff Office of Strategic Plans and Policy. He has served overseas with the United States Embassies in The Hague, Netherlands and in Sarajevo, Bosnia and Herzegovina. Scott holds a Masters of Arts in International Relations from the University of South Carolina and speaks both Dutch and Serbo-Croatian.