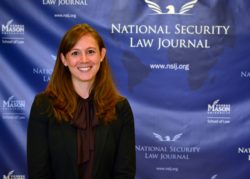 A third year evening law student, Chelsea Smith serves as the Editor-in-Chief of the National Security Law Journal and is pursuing concentrations in Criminal Law and Homeland and National Security Law. Chelsea earned her Bachelor’s degree from the University of Maryland where she double majored in Criminology/Criminal Justice and Psychology. She has over 12 years of federal experience and currently serves as the Senior Advisor in the Office of the Chief Human Capital Officer at the U.S. Department of Energy. 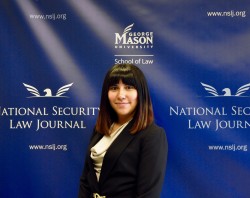 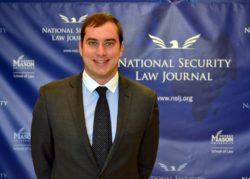 Richard is a third year evening student who grew up in St. Louis, MO. He graduated magna cum laude from Westminster College in Fulton, MO with majors in History and Political Science and minors in English and Security Studies. His undergraduate thesis focused on modern American secessionist groups and their potential threats to American National Security. He has a wide variety of legal interests related to national security including international law, public finance and infrastructure development, and government contracting. In addition to being the National Security Law Journal’s Managing Editor, Richard works full time for a boutique law firm in Washington, D.C which specializes in transactional real estate law and the use of public/private partnerships for affordable housing development. 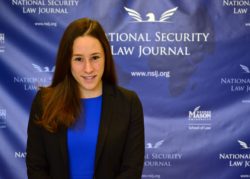 Anna Miller is a third year law student. Before attending law school, she earned a B.A. in Classical Liberal Arts from Patrick Henry College and worked for several years as a paralegal. She has interned at the Department of Justice’s Office of Immigration Litigation (Appellate Section) and the Department of Homeland Security’s Office of the General Counsel. In addition to being the Senior Articles Editor of the National Security Law Journal, Anna serves as Chief Justice of the Moot Court Board. 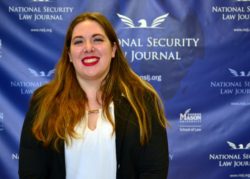 Alexis Wilhelmi is a third year law student from Peoria, Arizona. She graduated in 2010 from American University with a Bachelors in Political Science and CLEG- Communications, Legal Institutions, Economics, and Government. She worked her 1L summer for the U.S. House of Representatives Committee on Homeland Security and her 2L summer for the Department of Defense. Alexis plans on completing the Homeland and National Security concentration by May of 2017. 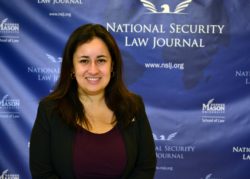 Xue Franco is a third year evening student who split her time growing up between Alexandria, Virginia and Bogota, Colombia. She graduated from the College of William and Mary. She has interned for the Department of Justice at the American Embassy in Bogota as well as the Department of Justice here in Washington D.C. In addition to being the National Security Law Journal’s Senior Research Editor, she is also a paralegal at a law firm in Alexandria, Virginia. 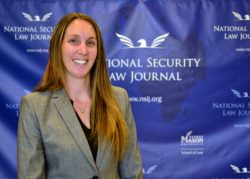 Sarah Gilson is a third year evening student who works full-time as a Statistician for Immigration and Customs Enforcement (ICE). Originally from South Jersey, Sarah has a Bachelors of Science in Mathematics Education from Elizabethtown College and a Masters of Science in Applied Statistics from Villanova University. Previously, Sarah was a Statistician for the Federal Aviation Administration in NJ but moved to the DC area for a position with the Drug Enforcement Administration in 2013, before transferring to ICE in 2014. Growing up in a law enforcement family, Sarah has always had a strong interest in law enforcement and national security. 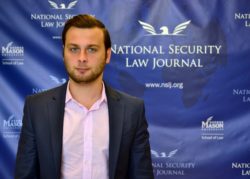 Steve DiBeneditto is a third year law student at George Mason University. After graduating from the University of Massachusetts, and living in the greater Boston area his whole life, Steve wanted to move to DC to specifically work in the National Security industry. Steve interned for the TSA over his 1L summer and worked for The Honorable Rossie Alston, Jr. on the Virginia Court of Appeals last year. 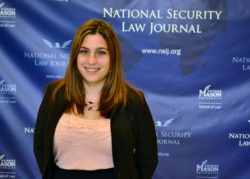 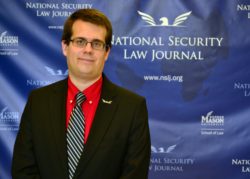 Jameson Goodell is a third year law student looking to concentrate in criminal law and national security law. He graduated from Virginia Military Institute with bachelor’s degrees in International Studies and Arabic Language and Culture. In the future, Jameson hopes to work in the criminal law field or in national security and defense. 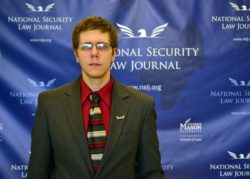 Alexander Summerton is a second-year law student from Silver Creek, New York. He holds degrees in Chemistry and Legal Studies from SUNY Fredonia, where he participated in the school’s honor program. He is interested in the fields of Patent and Intellectual Property Law, and intends to pursue a career in Patent Prosecution. 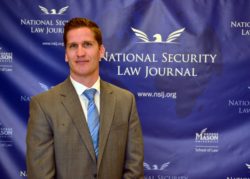 Jaren Stanton is a third year law student interested in policy and regulatory law. He attended the University of Utah where he earned a B.S. in urban planning and a minor in applied ethics. He worked in the transportation field for the past three years and currently a law clerk for the Federal Retirement Thrift Investment Board. 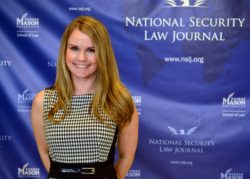 Rebecca Lilly is a former evening student and Algebra teacher who then switched to attending Mason Law full time. She attended Towson University and graduated with a degree in Education. She currently works at a private law firm in Tyson’s Corner focusing on criminal defense and family law. She is a Candidate Member of the National Security Law Journal and has a growing interest in becoming a State or Federal Prosecutor. 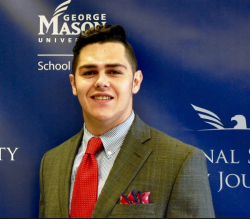 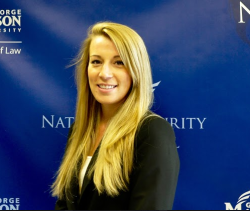 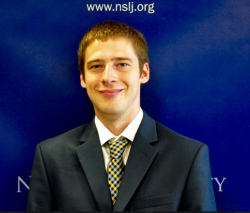 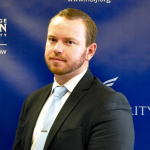 Benjamin Ford was raised in Sandy, Utah. He received his bachelor’s degree in Civil Engineering from Brigham Young University in 2011 and master’s degree in Electrical Engineering from the George Washington University in 2013.  Having had considerable exposure to technical fields and having lived in Washington, DC for more than three years, Benjamin is interested in the overlay of technology and national security. 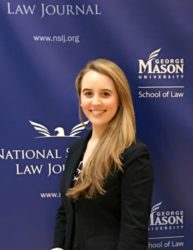 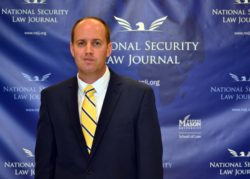 Kelly Snyder is a fourth year evening law student from Titletown, USA (also known as Green Bay, WI). He enlisted in the Air Force after high school and specialized in financial management while stationed in beautiful Anchorage, Alaska before receiving a direct appointment to attend the Air Force Academy. Kelly is an active duty Captain at the Air Force Space Command Office of Space & Technology where he is a contracting officer managing a portfolio of contracts providing operations support and intelligence, surveillance, and reconnaissance capabilities. 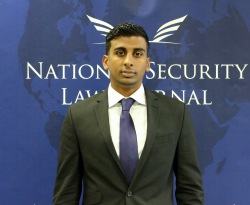 Dillon Emmanuel is a third year evening student who has worked in both state and local law enforcement agencies for the past four years. He has master’s degrees in both Forensic Psychology and Legal Administration, and he intends to concentrate in national security law. 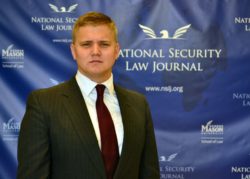 Thomas Wheatley is a third year law student and a member of the National Security Law Journal. 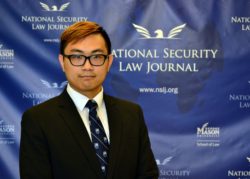 Yucheng “Johnny” Wang is a second-year law student from Taiwan. He graduated from the Pennsylvania State University with a B.A. in mathematics and a B.A. in psychology. He is interested in immigration law and perhaps other public interest fields. During his free time, he enjoys listening to music, watching movies, and working out at the gym. 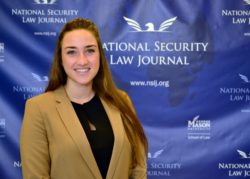 Sarah Racataian is a second year law student pursuing a concentration in Homeland and National Security Law and International Business Law. Sarah graduated from the University of California Los Angeles with a B.A. in Political Science and a minor in Central Eastern European Studies. Sarah is particularly interested in Eastern European relations and is fluent in Romanian. 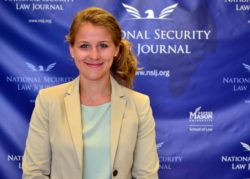 Laura Rosenberger is a second year law student interested in national security, US diplomacy, and foreign relations. She graduated from the University of Oklahoma in 2015 with a B.A. in Political Science. She currently works in the Executive Office for Immigration Review, Department of Justice. 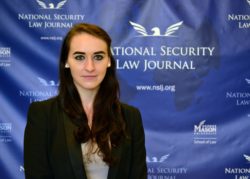 Caitlyn Lightner is a second year law student who is a candidate member of the National Security Law Journal. 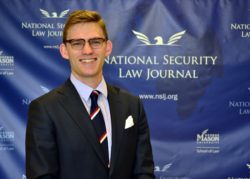 Ben is a third year law student focusing on criminal law and courtroom practice. Originally from Chapel Hill, N.C., he returned home to attend University of North Carolina at Chapel Hill for his undergraduate degree, where he graduated with honors with a B.A. in International Studies and minor concentrations in music and Chinese. Before law school, he taught middle school English in Bangdongxiang, China. Ben plans to focus on building a trial practice in criminal law when he graduates, and in his free time enjoys cheering on the Tar Heels. 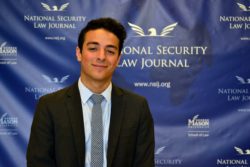 Anees Mokhiber is a third year law student from Great Falls, Virginia. He graduated from George Mason University in 2014, with a double major in Philosophy and Sociology. This past summer, Anees interned with the U.S. Department of Homeland Security, within the Immigration Law and Practice Division of Immigration and Customs Enforcement. He now serves as an intern in the Office of International Affairs of the U.S. Department of Justice. Anees has a wide range of interests from International Law, to White Collar Criminal Law, to Human Rights/Civil Rights law. Upon graduation in May, Anees plans to pursue his legal career in the Washington D.C. Metro Area. 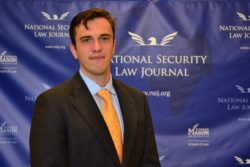 Max Ross is second year student who is a candidate member of the National Security Law Journal.